The Center for Space Commerce and Finance (CSCF) has announced finalists for the 2017 St. Louis Regional NewSpace Business Plan Competition. Held as a part of the National Space Society’s International Space Development Conference (ISDC), the event will take place from 10 AM to 12 PM in the St. Louis Union Station Hotel on Friday, May 26, 2017.

Finalists were selected from a pool of company applicants which possessed a strong potential for ROI as well as an ability to significantly advance the commercial space industry. During this regional event, each team will have 7 minutes to make their pitch, followed by probing questions from the panel of judges. The crowned winner will receive a $2,500 cash prize, sponsored by the Heinlein Prize Trust.

As seating is limited, investors, media, and others interested in attending should register today to attend the conference: bit.ly/2017ISDC.

Hummingbird Space Exploration (HSX) was founded with the vision of enriching the small satellite ecosystem through reducing concept-to-launch cost, expanding small-satellite capabilities, and minimizing satellite launch and operational risks. The company is evolving existing technology into a reliable and cost-effective solution capable of performing biological experimentation in space and tackling the growing problem of orbital debris.

SpaceVR is building Human™ – a Virtual Reality (VR) controllable humanoid robot designed to perform labor on Earth and in space. Designed after the skeletal and muscle structure of the human body, the product replicates the best user interface – the human body. Through VR control, the product will empower Human Intelligence (HI) to create petabytes of data, priming Artificial Intelligence (AI) to automate all human activities. Through Human, SpaceVR is launching a new industrial revolution, enabling large scale development on Earth and in space.

Stofiel Aerospace is a technology company producing a balloon based on-demand orbital rocket launch system to fill the bottleneck in launch capability for small satellites. The product is scalable to the payload and poised to disrupt the existing launch market, enabling launches within weeks instead of years.

This event serves as the second in a series of regional business plan competitions, leading to the National NewSpace Business Plan Competition, held on November 10, 2017 in Austin, Texas.
In addition to the grand prize, the winning team will also advance to this national event, which has awarded as much as $100,000 in past years.

Since 2006, the NewSpace BPC has awarded over $300,000 in cash prizes to space-enabling startups. Now a program of the Center for Space Commerce and Finance, the NewSpace BPC is expanding its reach, hosting regional competitions and raising investor awareness towards space-related startups. Chosen competitors advance to the National event, attend a private, 2-day, Boot Camp session, and make a final pitch to investors at the annual New Worlds Conference where winners are announced. For more information visit www.NewSpaceBPC.com.

About the National Space Society

The National Space Society (NSS) is an independent, educational, grassroots, non-profit organization dedicated to the creation of a spacefaring civilization. Founded as the National Space Institute (1974) and L5 Society (1975), which merged to form NSS in 1987, NSS is widely acknowledged as the preeminent citizen’s voice on space. NSS has over 50 chapters in the United States and around the world. The society also publishes Ad Astra magazine, an award-winning periodical chronicling the most important developments in space. Learn more: nss.org

About the Heinlein Prize Trust

More News from The Center for Space Commerce and Finance

May 5th, 2021 The Center for Space Commerce and Finance is proud to announce the winner of our first ever All-Virtual NewSpace BPC for 2021. Venture Ingredients, based in Maryland Heights, Missouri, USA, were the victors in the online contest, held Wednesday, May 5th,... 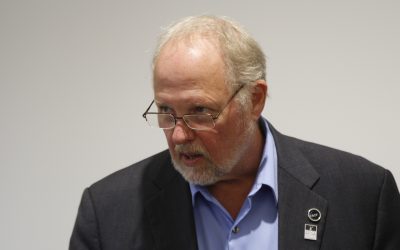 State of “The Center” as We Fight The Coronavirus

Dear Friends and Supporters of the Center for Space Commerce and Finance: This have been a difficult time for all of us. I hope all you reading this are safe, well, and hanging in there as best you can. I want to begin by taking a brief step back, then continue... 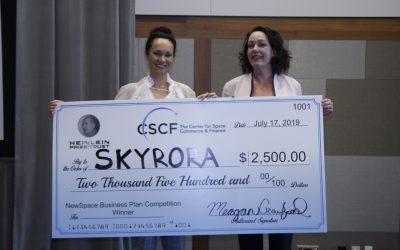 The space industry has entered a new era where space commercialization brings together actors from academia, space agencies, and the private sector. Together are identifying innovative approaches to foster international cooperation for space-related activities such as...

CENTER FOR SPACE COMMERCE AND FINANCE NEWSBLAST, June 30, 2022 BPC OFFICIALLY “ON” FOR PARIS IAC, $10,000 GRAND PRIZE “SEEDED”, FIRST JUDGES ANNOUNCED Dear friends of space entrepreneurship: Hope this finds you well, and all are enjoying the onset of summer.   After...

CONGRATULATIONS TO INNOVA SPACE FOR WINNING THE 21ST NEWSPACE BUSINESS PLAN COMPETITION On Friday, February 18th, 2022, Innova Space, from Argentina, was declared the winner of the All-Virtual NewSpace Business Plan Competition, and a $5000 grand prize, sponsored by...